The path to Barely Human...

Here is some pre-promotion in blog post form. Proto-promo? A background to how Barely Human became a 12-episode podcast series.

This project began as a one-off zine / print essay published through MoodWar in 2016, called Barely Human; I Like Randy Newman. (This was a gag at the expense of Distort writer DX's zine series Life Stinks; I Like the Kinks, find it and read it instead of this!) It was a crackpot exorcism of my shameful superfandom of my favourite unfashionable musician. It generated a number of corrections from Randy fans (you can't edit print), sold out in a month or so, and was posted to Randy Newman's house (thank you Garry) never to be heard from again (until Episode 2 of this series). 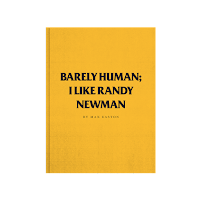 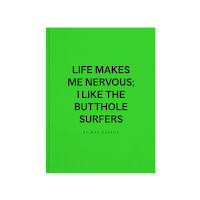 
I always saw Randy as some kind of unacknowledged punk (we giggled and used Black Flag font for the cover)...and that led to  thinking about some other the people I was drawn to who few others seemed to care about.

The next zine was called Life Makes Me Nervous; I Like the Butthole Surfers (it wasn't until after it printed that I found out this only rhymes in an Australian accent), and sought to find a reason for why that band don't show up in the t-shirts and pins of the contemporary underground. The Butthole Surfers superfan network bought all the copies in a couple weeks and I still occasionally get sent Buttholes rarities as mp3's (a cover of 'Barracuda' exists) unexpected emails (thank you Courtney) and semi-regular unwanted feedback... that zine makes up half of Episode 8.

If Randy Newman was mostly of the '70s & 80s, and Butthole Surfers straddled the '80s/'90s divide, then I needed to hop the millennial fence to complete a trilogy... Nothing Pleases; I Like Country Teasers was that can of worms, and you'll hear the story of that Scottish English country act (sorry Ben) in Episode 10 of the podcast series. With that zine, another component of this materialising project became wrestling with the pros and cons of antagonistic art and music. 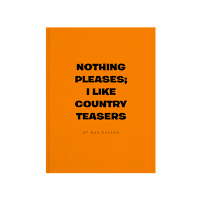 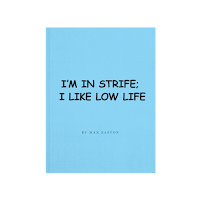 Alex Dabi Zhevi of MoodWar who published these zines and created our hideous cover art (of zines and podcast) encouraged a completion of the series beyond the temptation of cutting and running...and I'm in Strife; I Like Low Life was the final straw. The Low Life zine (probably the most talked about Sydney punk band of this waning decade: the age of obscurity) brought the whole idea into the contemporary and into the personal...and so will finish the series in the 12th and final episode.

I found perverse joy at first in trying to connect Randy Newman with Low Life, but it wasn't until being asked to make a podcast series out of these that I realised there was something to it (if you added some more characters to the mix.) The content of these four zines does make it into the podcast series, but it's only as four out of twenty-four different characters and stories, all of which pave a road from sixties counterculture to present day subculture...and for those towards the end of the series, people who are rarely considered cultural at all.

Really, really looking forward to tying this conspiracy together in audio form. The first eight episodes are recorded and in process of mixing, and will start releasing from the second week of January...updates as they come!